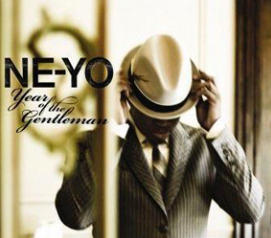 Ne-Yo has been all over the map lately. When “Closer” dropped, he stated how he was “bored with R&B” and wanted to make a more “international” sound challenging urban R&B. Ironically, Stargate – Ne-Yo’s main production team are from Norway – brought forth their blend of acoustic guitar, European pop, and hip-hop drums that took over the radio waves with Beyonce’s “Irreplaceable” and “Beautiful Liar,” Rihanna’s “Don’t Stop the Music” and “Take a Bow,” amongst other hits.

In a recent interview, he stated “The label — they feel that I’ve created this image for myself, this box for myself. And they want to keep me in this box.” Well, when you name your album – “Year of the Gentlemen” – then you continue to brand yourself in that box.

Does Ne-Yo live up to his own hype with “Year of the Gentlemen” after his media blitz of being “bored”?

Closer – This song is hit or miss, but he directly aims at the international crowd and makes a great dance/pop record. It’s been more successful overseas than it has been in the States.

Nobody – Ne-Yo produces his own song and this sounds like something Michael Jackson would reject. It’s good song with Ne-Yo’s signature vocal production, but it doesn’t really stand out

Single – Ne-Yo and The New Kids on the Block share a song for their respective albums – I guess Polow Da Don was so expensive that Ne-Yo and NKOTB split the costs. I joke. But Polow Da Don is a better R&B producer than a hip-hop producer and this song is pretty awesome. I prefer Ne-Yo’s version over NKOTHB. The production is amazing with a 1980s Ready for the World feel. Definitely a hit.

Mad – Ne-Yo spends a lot of time talking about when his girlfriend is mad. Step it up, brother! This song is amazing, arguably my favorite song on YOTG. Ne-Yo’s addresses how he doesn’t want going to bed mad with his girlfriend after fighting…over nothing. The production is superb. I can see Usher or MJB singing it and making it a hit.

Miss Independent (listen) – I love it. Hot song! I hope it becomes a bigger hit then its current state on the charts. I prefer songs like this, especially during the whole “It ain’t trickin’ if you got it” movement. (Inside joke)

If cassettes were the standard, then I would say this is the beginning of Side B. Side B is strictly of the ladies. The review should stop right here…

“Why Does She Stay” – Ne-Yo’s ode to his girlfriend whom he is unworthy of. *Yawn*

I can’t stand when Ne-Yo whines (see “Angel” lyrics – “I’m in love with an angel/but she don;’t belong to me” – from Because of You) because I can’t relate to the lyrical content. Any girlfriend I have is a blessed to have me as much as I am blessed to have her. phentermine 37.5 In context of this album, I can see women enjoying this song because a lot women (not all women) are underappreciated in their relationships with their jerk boyfriends. This song is an advocate for your jerk boyfriend…but after this song, I hope you don’t stay with your jerk boyfriend.

Fade into the Background – Insert Ne-Yo’s Price tribute here. I like the lyrics, but his tone / vibe mimics “When Doves Cry” meets “Pop Life.” I think this song could have been amazing in Ne-Yo’s way, but in Prince’s way – it doesn’t work.

So You Can Cry – *Yawn* Another ballad for the ladies. This is a comforting break up with great story telling with Ne-Yo’s signature sound. This song is a “chick hit” (similar to how movies can be a “chick flick”) because of its “cute” production.

Part of the List- Chick hit. I like the song – it’s very romantic. Real talk – if I wanted to write a nice poem for a girlfriend (possibly an ex), then I’d focus on this song with lyrics such as “Touching your face….invading your space /They’re a part of the list /Things that I miss… /Things like your, funny little laugh /The way you smile or the way we kiss”

Back To What You Know (listen)– Ne-Yo and Stargate are back with “Irreplaceable Part 345” with the acoustic guitar and the clever saying in the hook with Ne-Yo refusing to be the rebound while dating a chick. This reminds me of“Go On Girl” from BOY, but only better. I really, really like this song. I am sure Beyonce would have murdered this song. Great song, despite using the same formula.

Lie to Me – This song is actually kind of deep. Ne-Yo rather believes another lie to know the truth to avoid being hurt from his girl cheating. The Michael Jackson influence is obvious, but I think JT would have gotten the MJ pass and murdered this song. Amazing song and great lyrics.

Stop this World – Why isn’t Leonna Lewis or Celine Dion or Whitney Houston get this song? This song does a GRAND voice. Great song, but Ne-Yo’s vocals fall short of making this song amazing.

Verdict: Year of the Gentlemen is a good solid album. If you like Ne-Yo, then you won’t be disappointed.

I think Ne-Yo is bored with himself because a lot of “Gentlemen” sounded in the same lane as Because of You, despite the “Closer.” Ne-Yo is typecasted in the music industry as “Jude Law” – the good actor playing the heart broken guy in every role. For the next album, I challenge Ne-Yo to re-invent himself as a singer and as a songwriter because his formula has over-saturated the R&B and pop charts. Yes, we all know he is a great songwriter, but he won’t win over any new fans with the styles and songs he has perfected.