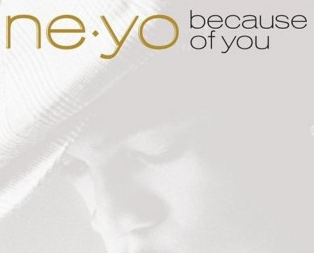 The album starts out with the song, “Because of You”. Ne-Yo ironically channels Michael Jackson to sing about a subject I’m sure we all can agree MJ has no idea about: an addiction to sex. lol. This song is making some waves on the radio, but I don’t feel like this is a particularly strong song to start the album off with. I mean Ne-Yo is back with a highly anticipated sophomore album and this song just doesn’t give you much to get enthusiastic about from the jump.

However, Ne-Yo turns up the heat with a little help from Jay-Z on “Call Me Crazy”. Hov being the consummate pro that he is adds some nice flavor to the track and provides a nice intro for Ne-Yo to come on with the vocals. I like this song, very catchy, something everybody can really groove to.

The production on “Can We Chill” sounds straight out of the 80s…kinda like something I would expect to see on Vanity’s fictional tv show 7th Heaven on the movie “The Last Dragon”. Anyways, on the song he propositions a lady he is just meeting to come and chill with him. The singing on the chorus is incredibly corny. If he was going to try and drag out a note, he should’ve done so in a less monotonous way. To sum up this song: amateur.

On “Do You”, Ne-Yo asks his ex-lover “do you ever think of me”. The beat is really hot, his vocals are okay, but the storytelling on the song is really good. He gets very sentimental on the song as he expresses feelings of regret and remorse. This song kind of reminds me of his hit “So Sick”. If he were to release this as a single, this could be something that resonates with both women and men.

On every sophomore album, artists always feel the need to add a clichéd song about their woes as a celebrity. On the song “Addicted” he refutes the supposed misquotes of him saying he was addicted to sex that surfaced last year. I find that ironic considering that the title track of the album is about him being addicted to sex. Come on Ne-Yo get it together! At one point he tries to channel Prince’s high register and fails miserably at hitting those notes. I’m gonna just chop this song up as a joke lol. Moving right along…

Ne-Yo teams up with Jennifer Hudson on the lover’s quarrel/song “Leaving Tonight”. Ne-Yo opens the song saying that love cannot exist without trust to try and assuage his lover’s concerns about him possibly cheating. That’s when JHud comes in and lays out her case. It seems like she has all the evidence that she needs and if her instincts are correct then his ass is leaving tonight. Ne-Yo counters that she should trust him and he’s not going anywhere. I’m really digging the old school vibe of this song. Ne-Yo and JHud have great chemistry on the song and this is a great collaboration vocally and lyrically. This is definitely a highlight on the album. Ne-Yo should have more faith in his distinctive voice rather than trying to emulate other artists.

On “Ain’t Thinking About You”, Ne-Yo defiantly tells his ex that he is up and leaving her to go out and have a good time. I really don’t know what’s up with the beat on this song, it’s a total distraction from the lyrics and sounds like it’s from a video game. However, Ne-Yo sounds great on the song. It seems like he is getting stronger vocally as the album goes along and showing some growth from his last album. If the beat wasn’t so corny I think this could be a guy’s anthem for when their girl is tripping…but I think if a guy rolled up to a car full of hot chicks playing this song it would raise some eyebrows. lol. With that said, I still like the song.

Ne-Yo switches up his vocal sound to sound like what I’m guessing must be Prince. He goes for an edgier and more rock sound for “Sex With My Ex”. I’m kinda digging the song even though I don’t agree with his statement, “What was mine is always mine” lol. I think some will like the song, some will feel like it’s overkill.

On “Angel”, Ne-Yo borrows the 80s New Wave sound for the production. That’s not necessarily an insult though…Ne-Yo sounds pretty good and the lyrics are pretty sweet.

“Make It Work” is a great song in which Ne-Yo sings about working to make his relationship stronger. He takes a very mature approach to relationships which I can really respect and appreciate. I’m sure this song will make a lot of people feel better about the problems they may be going through in their relationships. This song is also a strong vocal performance from Ne-Yo. This is definitely a winner and certainly a potential single/hit.

Ne-Yo gets a little freaky on “Say It” as he asks his lover to tell him exactly how she wants it from him. Both the production and the vocals are sensual; and Ne-Yo manages to be racy without being corny. I like it.

Ne-Yo closes out the album with “Go On Girl” which instantly reminds me of “Irreplaceable”. On the song he sings about how a shady chick broke his heart even though he was being a good guy. He tells her to “go on girl”. See the thing about making a male version of “Irreplaceable” is that girls can shamelessly sing that song, but I don’t think guys could sing this song without looking super corny. If he had a different beat and maybe didn’t say “Go On Girl” he would be able to catch a pass. lol. This was a poor choice to close out the album with.

On the whole, I would have to rate the album as just okay. It’s not bad, but it’s really not stellar either. Even though I am admittedly not a huge fan of Ne-Yo (not that I’m a hater either), I was hoping this album would convert me into one…and it just didn’t deliver the goods. His songwriting is good, but he just couldn’t make up his mind about what kind of sound he was going for. I’m all for versatility, but I don’t think he was being innovative by going for established sounds like those of MJ and Prince. If he would’ve done more to carve his own niche for himself and really define his sound, this album could’ve been much better. When he does create his own sound, he really does shine. Overall, this cd is still much better than a lot of cds out there, but if it sells will be off the strength of his singles. I’m not going to recommend that you go out there and buy this cd, but I won’t say skip it either. Ne-Yo’s album is in stores May 1st.