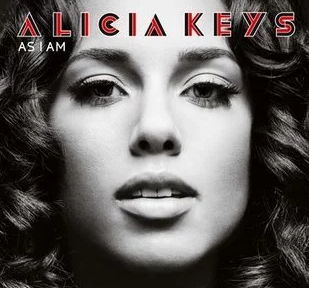 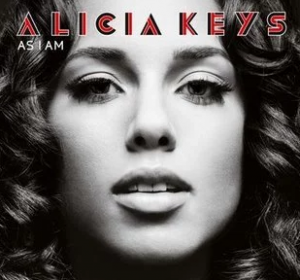 Alicia Keys starts her album off with a subtle yet powerful bang with the instrumental and musical intro. I love how she doesn’t speak or sing over the track, but prepares the listener for an artistic and musical experience.

Up next is “Go Ahead”. Alicia sings in a much lower register with a bluesy feel complemented by bluesy, soulful, and borderline rock production. Lyrically, you can’t deny that she is talented. In the song she tells her shady lover to keep it pushing, because she is fed up with his trifling ways. The production is hot…the drum breakdown at the end is fire. I’m digging this.

On “Superwoman” Alicia gets inspirational by talking about the ills that plague society and how so many strong women persevere over them. This is the kind of song I would expect to be played during a video montage at a charity dinner. Although I thought she was going to over-sing this song…she toned it down a bit more throughout the song and really focused on the emotion of the song rather than just screaming out the lyrics. I like this a lot…we all need a little inspiration from time to time.

Hearing “No One” within the context of the album makes a lot more sense. As a single this song never grew on me…I just didn’t understand why she started screaming within the first 15 seconds. However, now I see that this entire album is just one passionate delivery from Alicia after another. This song is great if you let the album play in its entirety, but I still think its overkill on its own…still beautiful lyrically though.

Alicia channels Prince for “Like You’ll Never See Me Again”. This song is a nice departure from the other powerhouse vocal performances to a more tender and soft sound and vibe. She still manages to keep the yearning and emotional intensity without being loud. The song is about treating every romantic exchange and encounter like it could the last one. This is a wonderful love song…incredibly soulful and powerful.

“Lesson Learned” featuring an understated John Mayer flips the script from the joys of love to the pain of heartache. I love, love, love the message of this song. It’s so important to learn from the mistakes we make, not let them jade us, and apply those lessons to our future. This is a song that every person who is afraid to let go of the past and open up to possibility of love needs to hear. Simply put…brilliant!

On “Wreckless Love” Alicia tries to recapture the spark in her relationship. The vocal phrasing and delivery, and production make this song amazing. This is the kind of song that when you consider how all of the parts work together you can truly appreciate how fantastic it is. You know how it is when you are with someone, things get a little stale, and you have this sense of urgency that you need to do something to bring it back to the way things were when it was fresh and new? Well this song is like the expression of that angst and desire.

“The Thing About Love” is simply Alicia’s take on the ups and downs of love. Overall the message of the song is one of hope and trying to see past the difficult times to be able to enjoy the good times. The song works its way up to a vocal crescendo then a pseudo crash taking you an emotional roller coaster with Alicia…another masterpiece.

“I Need You” is a banger (and I’m not talking about the club banger sense). The production is hot with its more percussion and even borderline Latin feel and Alicia sounds great of course. As the title suggests, she is telling her lover that she needs him…but not just in the sense of needing his presence, but needing him to understand just how much she loves him. I love the message of this song, because it shows that it is okay to need someone and to make sure that they know just how deeply you feel about them. You may THINK the other person knows, but do you make it a point to make sure that they know? NHL jerseys China Marinate on that lol.

On “Prelude to a Kiss” Alicia slows it down and strips down the production for a more ballad feel. This song addresses the feelings that most of us occasionally have of feeling a little out of place, lost, and other general insecurities. This is another song for one of those contemplative days where you just feel like you need some direction and time to clear your head and figure out who you are and where you’re headed.

“Tell You Something” is about saying what’s on your heart today and not waiting for a day that is not promised. In the song she speaks about how we can get so caught up in the business of our day to day responsibilities that we neglect to take enough pause to show those around us that we care. This song is so beautiful and so touching…this is a superb in every way.

Alicia closes out the album with “Sure Looks Good to Me”. This song kind of has a vintage Rock & Roll feel to it…something I would expect to hear from a Bono ballad. Alicia sings about her overall optimistic outlook on life. This song is a fitting summary of just about every issue she has addressed over the course of her album thus a perfect ending.

Overall…I think it would be totally ridiculous to rate this album as anything less than a brilliant masterpiece. I can say for a fact that everyone isn’t going to like this album…but that is more of a reflection of people’s lack of good taste. I haven’t always been an Alicia Keys fan (though I’ve always respected her talent)…but this album makes me have nothing but the utmost respect and admiration for her music. The music scene, especially the R&B one, is completely lacking a mature, relatable perspective to love, heartache, and overall life lessons…and this album so completely fills that void.

It is so wonderful and incredibly refreshing to hear an album from a woman with such an optimistic perspective with content that showcases the dignity and strength of a woman (or person in general) through the ups and downs. Other artists need to take notes and I can only hope that people really internalize the messages of the album and let this be more of an inspiration rather than songs like “Irreplaceable”.